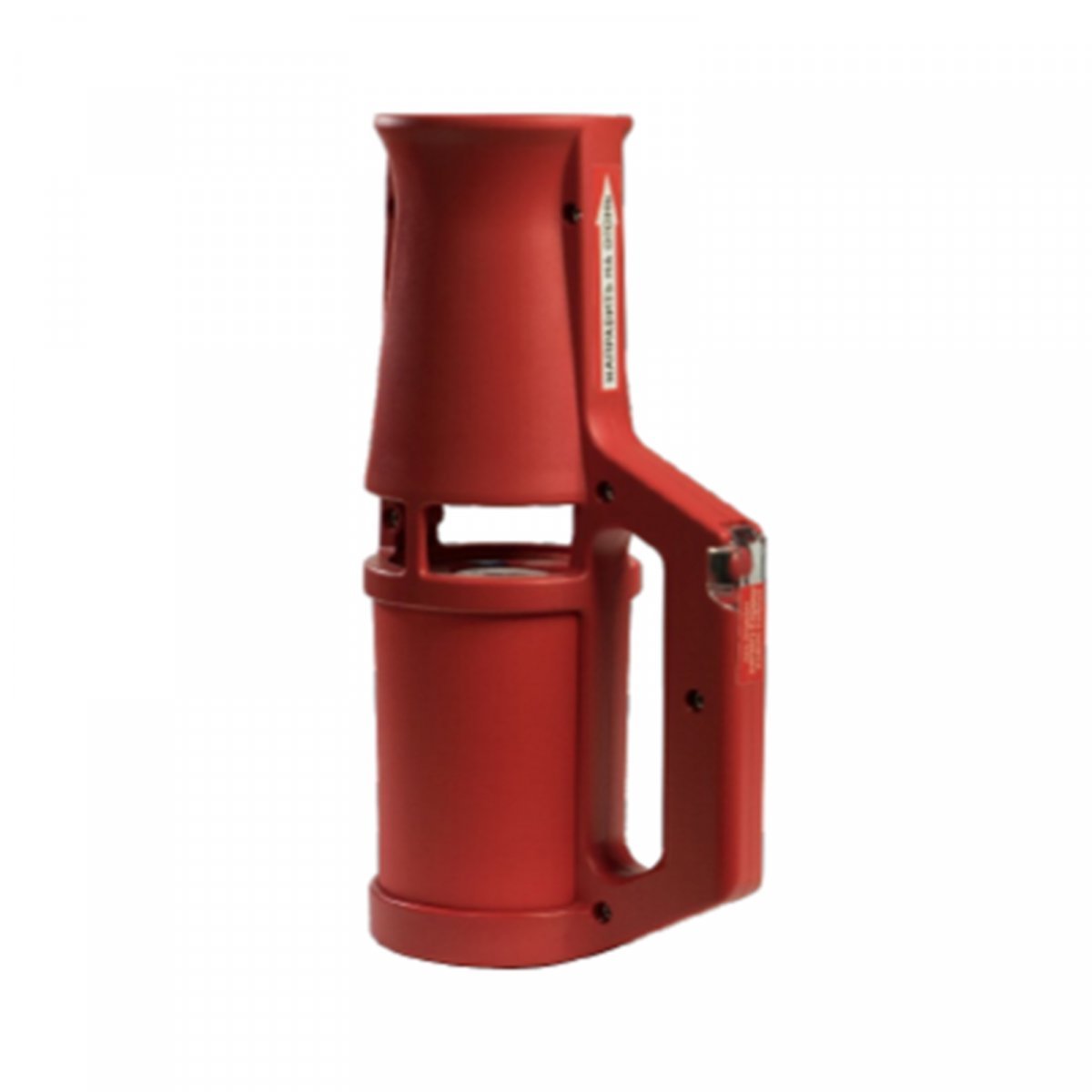 We would like to bring to your attention an innovative hand-held portable fire extinguishing device "RAF-500E" which is the older brother of "RAF-100EM". "RAF-500E" will be able to replace a powder or carbon dioxide fire extinguisher and can be effectively used in residential, industrial, warehouse and administrative buildings, we also recommend using "RAF-500E" in freight and commercial transport (cars, ships, railway transport).

"RAF-500E" extinguishes a fire both in a conditionally sealed volume: premises, transport, power plants, electrical switchboards and in open space, for example, extinguishing spills of fuel and other flammable liquids. One "RAF-500E" is capable of providing complete extinguishing of a fire in a confined space up to 20 m3 or a hearth with an area of 5 m2 "RAF-500E" is designed for fire extinguishing, not accompanied by smouldering: polymer braid of wires, plastic products, etc.), class B (spills of flammable liquids: gasoline, kerosene, diesel fuel, etc.), class E (electrical equipment with voltages up to 35 kV), etc.

MAIN ADVANTAGES OF "RAF-500E"
- Extinguishing is provided by interrupting the chemical chain reaction of combustion
- Not under pressure and does not require annual maintenance
- Total weight is less than 1.5 kg, shelf life 10 years
- The fire extinguishing aerosol is absolutely safe for humans and does not harm property and equipment
- The operating time of the RAF-500E product is 3 times longer than a conventional fire extinguisher
- Has a certificate of compliance with the requirements of the Technical Regulations of the Customs Union in the field of fire safety and can be used as a primary fire extinguishing agent instead of a conventional fire extinguisher in accordance with fire safety standards

MAINTENANCE
During the entire service life of "RAF-500E" no maintenance or other work is required. It is recommended to periodically (at least once a year) carry out an external examination, to control the integrity of the case.

APPLICATION PROCEDURE
"RAF-500E" is designed to extinguish electrical installations, vehicles, fires in premises, fires during fuel spills. In case of visual detection of a source of ignition, "RAF-500E" is taken by the handle of the case. The start button is released from the safety cover. The bell is directed to the source of ignition and is activated by pressing the start button. When extinguishing a fire, the user must stay at least two meters from the source of ignition in order for the special fire extinguishing agent cloud to completely cover the fire source.

When extinguishing spills of flammable liquids on the floor (ground) surface, it is necessary to start extinguishing from the close border of the filling, directing an aerosol jet at an angle of 15˚-30˚ to the fuel surface, trying to "cut" the flame and tear it off the burning surface, avoiding splashing of the burning liquid. When extinguishing a fire in the engine compartment of a vehicle, it is necessary to slightly open the hood lid and insert the RAF-500E socket into the formed gap or direct the jet onto the radiator grille without opening the hood.