DEZEGA, the world leader in the design and manufacture of closed-circuit breathing equipment, presented a novelty among personal respiratory protection equipment (RPE) - an insulating mine self-rescuer CARBO-70.

DEZEGA is known on the international arena: the company started production of devices more than 60 years ago in Donetsk region for local miners, and in 2020 its products are already supplied to more than 50 countries of the world.

The DEZEGA group of companies is actively developing, developing new equipment and services for both underground workers and mine rescuers, as well as for workers in other industries. The range of products is constantly expanding, and their quality is constantly improving, regardless of the place of production.

Several years ago the DEZEGA Research and Development Center began work on the design of a new self-rescuer. Last year, we started testing the original prototype. The new breathing device was developed using modern design and production technologies, taking into account many years of experience in operating devices of our own production, as well as feedback and wishes of end users. The development of the company not only competes, but also surpasses similar products in terms of technical characteristics: the CARBO-70 self-rescuer manufactured by DEZEGA has no analogues on the RPE market. CARBO-70 is a breakthrough in the breathing devices industry in recent decades.

CARBO is a new generation self-rescuer, which implements modern and safe solutions that provide miners with oxygen for at least 70 minutes during active evacuation, and the starting device is triggered immediately upon opening. The inclusion procedure in the apparatus excludes the loss of the starting oxygen volume. This is the first self-rescuer in a plastic case with such a large PDM that can be worn on a belt and does not cause the desire to remove the apparatus. The shape, mass-dimensional characteristics and design of the product are designed in such a way that the center of gravity does not lead to discomfort at the point of contact with the user's body.

Self-rescuer CARBO is a self-rescuer that meets all regulatory requirements, but is designed specifically for the user.

CARBO-70 is certified in accordance with GOST 12.4.292-2015 and TR CU 019/2011. Serial production of the new device has already been launched at the DEZEGA plant in Turkey. Researchers and developers of the "Research and Development Center" DEZEGA managed to improve and optimize the main technical parameters, which significantly exceed the requirements of GOST 12.4.292-2015 and TR CU 019/2011:

For example, DEZEGA reduced the temperature of the inhaled respiratory gas mixture to 45 ° C, which is 10 ° C lower than in self-rescuers from other manufacturers and the requirements of GOST.

“One of our competitive advantages is the customization of products for the needs of each separate market, and, sometimes, for an individual customer. We take into account many factors: mining and geological conditions, industry standards, safety regulations and even the physiological characteristics of workers. DEZEGA reacts quickly and adapts its products to new market realities. The company's specialists constantly maintain feedback with customers, which makes it possible to quickly respond to the requests and wishes of end users. Our concept “a product first of all for the user, and then for the standard” allows us to develop products that have no world analogues in terms of comfort and ergonomics,” emphasized Yuri Spivak, Development Director of DEZEGA. 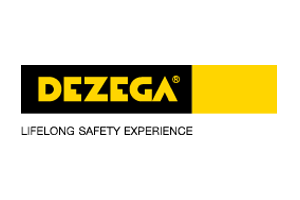